(or Playing ‘Perils of Rosella’ With My Niece)

This past President’s Day (Week) gave me some time at my parents’ home in Western NY with my six-year-old niece, while her mom enjoyed a much-needed vacation. There was plenty of snow for sledding down the backyard hills of my youth, and plenty of time inside while grandpa snoozed in front of the TV.

I inevitably found myself looking over the dusty metal shelf that held my childhood video games, or at least the ones that survived a move and several decades of neglect. There’s Wing Commander (Delux Edition), Sim Life, Battle Chess and the entire Ultima series in several formats. The Ancient Art of War (in CGA) and Quake II in it’s pre-ray tracing gloom.

And there is, of course, a large and diverse sampling of Sierra On-Line games. Sierra’s stable of typed-action games played a monumental role in my gaming life. They bridged the sizeable gap between text-only role-playing games like Beyond Zork and arcade-style graphical games with simple controls like The Ancient Land of Ys.

For a time in the late 80s and early 90s, Sierra games were the pinnacle of design for incorporating rich story lines, artistically-rendered graphics, and puzzles so challenging you often needed to rely on clues from a “hint book” or even a 900 number that you… NEEDED A TOUCH-TONE PHONE TO DIAL!!! This simple technology barrier probably saved my parents hundreds in hint-line charges.

These games came in progressively larger boxes to hold all the 3.5-inch floppy disks required for them to play on old PCs running DOS. Some even came with both 5.25 and 3.5-inch formats before the latter was ubiquitous.

This is all a joke now because most of these games can be played through your browser, which you know if you’ve clicked on any of the linked games in this article. The Internet Archive has done a terrific job archiving old DOS games that run via a server-side emulator, meaning you can play these games without needing to download (or pay for) any software. It’s all here and it’s free.

But perusing my shelf I see Code Name: Iceman and Space Quest 3: The Pirates of Pestulon, as well as my personal favorite Gold Rush!, which was particularly challenging because gameplay didn’t pause while you typed. There’s Hero’s Quest: So You Want To Be A Hero, before a copyright dispute led it to be renamed Quest For Glory I.

And taking up an obscene ratio of shelf space to Megabits is my collection of King’s Quest titles. I managed to obtain all of them through King’s Quest VI: Heir Today Gone Tomorrow before I moved on to CD-ROM copies that could fit multiple games per single disc. Now they’d all fit easily on a microSD card with room to spare.

The first Sierra game I ever played was 1988’s King’s Quest IV: The Perils of Rosella. It was pretty standard Sierra stuff: Fairy tale plot line that takes place in an enchanted (pixelated) kingdom, with appearances by all the usual Mother Goose cast of characters: The Frog Prince, the Seven Dwarfs, the Fairy Queen and the Wicked Witch. You are on a quest to find a magical fruit that will save your father from a sudden, mysterious illness.

But what makes the fourth title in the Kings Quest series special is that you play as a female character: Rosella, Daughter of King Graham of Daventry. While technically she is a princess, Rosella is disguised as a peasant girl so she won’t be a mark in said kingdom of Tamir.

I have to admit that the thought of role-playing as a girl nearly broke my adolescent brain, weened as it was on G.I. Joes and Transformers (or more accurately Food Fighters and GoBots). I didn’t even know Samus is a woman until very recently. But the puzzles and depth of the story immediately drew me in, and Rosella quickly proved herself to be a smart, capable character. Still, it was frustrating to discover that she couldn’t climb trees just because she was wearing a dress.

You start the game on the shore of this distant land, and move around using the arrows and number pad. You interact with the world by typing actions you want to perform, such as “take apple” or “look in box.” commands recognized by the game will either advance the plot and earn you points, or result in death and a prompt to “Restart, Restore or Quit.” It is wise to save your game often, but you’ll forget.

Most of the puzzles can be solved with a basic knowledge of children’s bedtime stories and folklore. But there are some that are quite tricky because they involve certain maneuvers, such as (SPOILER ALERT, but you won’t get these without a hint anyway) using the diagonal controls on the numpad to scale the whale’s tongue, or standing inside the bow of the shipwreck while searching the deserted island. These alone gave me endless evenings of frustration and made this game feel like it took years to finally complete.

So it was with a mix of trepidation and excitement that I show the worn box to my niece and ask if she would like to try it out. I had let her watch me play another deep cut from my Kave—Super Solvers: Midnight Rescue—and she had had a nightmare about one of Morty Maxwell’s mischievous robots (Turbo for some reason used to scare the hell out of me). I was worried that seeing Rosella get inevitably eaten by a shark would be similarly traumatizing.

But my niece is mostly just excited to see her Unca ‘Bluey play some games, which is precious because once she discovers modern games she will quickly learn how ancient and boring I really am. So I look for a working link at the Internet Archive but don’t immediately find one. I think about downloading it as abandonware, but don’t really want to deal with installation issues.

A search of my game platforms reveals a bundle of King’s Quest IV, V and VI for $9.99 at GOG, so I pull the trigger. I fire up the game as my niece watches over my shoulder.

I quickly fall back into my memories of the game, but allow my niece to figure out as much of the puzzles for herself. I’m particularly struck by the music, and I’m filled with the memory of learning the melodies on our out-of-tune piano in the dining room.

I’m also surprised by how small the game feels. Back when I was a kid it felt like an open-world map, with paths waiting to be discovered just by walking a different way. The rickety staircases and cliff-side trails that I once struggled to make it up alive, I now move swiftly up at the games highest speed setting.

Occasionally my niece takes over the controls, but though she is a very good reader she is not yet familiar with the keyboard. The sun is going down and the end is in sight, so I take the reigns. Day turns into night, in both the game and outside our window. By the time we are approaching the exciting conclusion, my niece is leading me through the puzzles better than my own memory. The end is sort of a surprise for both of us.

I guess in the back of my mind I knew that KQ4 was unique for its time, in that it had appeal for a neglected class of female gamers that had been left out of the home computer revolution, in spite of the success of Ms. Pac-Man over its male-centric predicessor. Now girls were specifically being courted by a successful, established game series, at the extreme risk of alienating its core audience.

Indeed, playing this game in one sitting it dawned on me that all the powerful, wise characters are female, and all the male characters are either evil, mean, thoughtless or dumb. Or dumb and ugly but kind-hearted in one case. Even by today’s standards, KQ4 is a powerfully feminist creation.

And it makes sense that a gender-busting game would be developed by a gender-busting game developer. Roberta Williams was one-half of the couple that founded Sierra, and with Rosella took a big step into the spotlight. Her likeness is displayed—along with an appropriate admonishment or pun—each time you die. It may have been the first time many King’s Quest players realized the game was developed by a woman.

It was very satisfying to find my niece connect with Rosella’s story in a way that I might not have been able to, and I could not help but note that they share more in common than gender. Several years ago her father was diagnosed with stage IV colon cancer, but no bite of magical fruit could have saved him. I wonder how the plot resonated with her, and I know we’ll discuss it one day.

Sierra soon returned to form in King’s Quest V: Absence Makes The Heart Go Yonder, as King Graham returns to the lead role now that his health has been restored thanks to you-know-who. The series brought back Rosella and introduced her mother, Queen Valanice, as a main character in the mid-90s with King’s Quest VII: The Princeless Bride.

Sierra gamers in 1989 may have been surprised to discover another gender break-out in an unlikely title. Halfway through the low-res raunchfest Leisure Suit Larry III: Passionate Patti In Pursuit Of The Pulsating Pectorals the main role is take over by Patti, who must rescue rescue Larry from the jungles on the tropical island of Nontoonyt (get it?). While this game presents a positive female character in several regards, I think I’ll let my niece discover it on her own.

Fortunately there are now many (appropriate) titles featuring female protagonists, and the rise of independent game developers has helped to foster diversity and inclusiveness in many ways that would have been unthinkable in my childhood. But groundbreaking video games like KQ4 should be held in the same regard as classic novels that opened previous generations to new ways of thinking.

This story has a postscript in that vein. A couple days later we visited the Strong National Museum of Play in Rochester. I brought my niece up to a glass display case containing a selection of old video games. I waited until her eyes fell on the familiar box cover depicting Rosella on a unicorn being chased by flying goons, and her face lit up with recognition. She suddenly understood that this game is important. 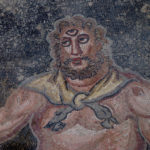